Target Shooting: Which is Better? Paper or Steel 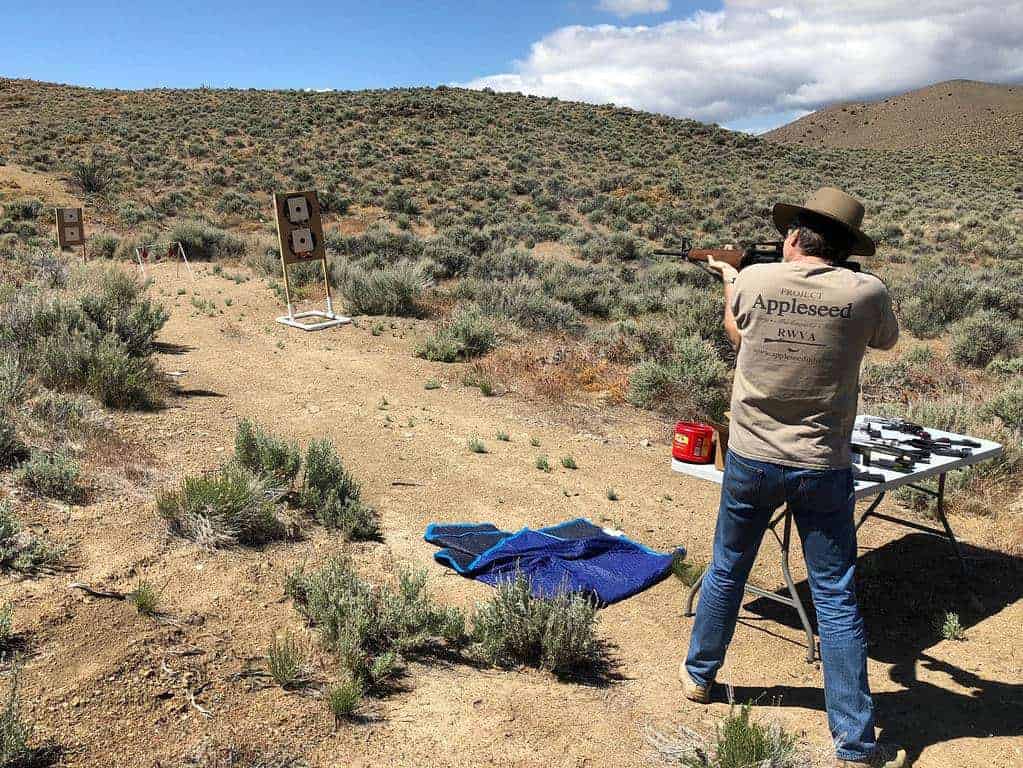 If you were born before the 90s, you probably remember hearing the question, “Paper or plastic?” when you were in the grocery store. Well gun enthusiasts have a similar question of their own. Paper or steel? When it comes to firearms, whether it’s a hobby, passion, or job, you’re going to want to have good aim.

As with anything in life, practice makes perfect. When it comes to shooting, you’re going to want to start off with a target. You might need a bit of practice before you’re ready to try your hand at hunting or competing. Okay, so which one is better: paper or steel? It really depends on what you’ll be using the target for.

You’re probably thinking, “I’m going to be shooting the target. Duh.” Well, that’s obvious. And not what I meant. You may be using your target to have a friendly competition with some friends. Or you may be working on self defense. Or tactical training. Sighting in your scope. You get the idea. So which choice is good for you? Read on to find out.

My favorite thing about paper targets? The price. You can usually get a variety pack, which often includes fun options like zombies and creepy clowns for less than $20. Okay, that sounds good but what are they good for? Learning your accuracy for one thing. There’s going to be times, like when sighting in a scope, where you’re going to want to know how well you’re grouping. For this, paper is a better choice, since the ammo passes right through it, leaving clear evidence of penetration.

Paper can also be a good choice if you’re having a competition and you need to keep score. While you can usually hear it if you make contact with a steel target, paper allows you to be able to compare your targets with each other. This can help determine a real winner if multiple people get the same number of shots. Whoever got the best cluster wins. Or you can find the paper targets that let you keep score like a dart board. You add up your points and that decides your winner.

Now, let’s take a quick look at the down sides of paper. Paper is only reusable to a certain extent. You can tape over any holes if it’s important to start with a clean slate. But if you have good accuracy, there’s soon going to be gaps and you’ll have to put up a replacement. Another down side is you have to walk to where it’s posted in order to change it or to see how many hits you had. Paper 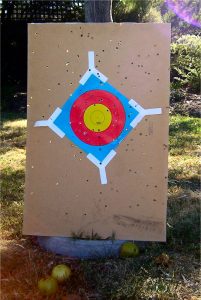 isn’t water proof, so if you leave the target posted, and it storms or the wind gets too strong, you’re probably going to need a new one.

On the other hand, we still have steel. The best thing about steel targets is that they’re almost indestructible. As long as you adhere to the manufacturer’s recommendations, your target should last for years to come, no matter how often you use it. Who doesn’t love something that’s reusable? And since it’s made of hardened metal, it won’t be damaged if it gets exposed to the elements like rain or snow. Another benefit of this type of target is that it’s great for tactical training and for long range shooting. When you’re doing shots from a distance, it can become tiresome to constantly have to walk towards your target just to check your accuracy.

With a steel target, this isn’t required because you’ll hear a ting or a ding if you make contact. This can turn into some pretty fun times. There’s a neat video on YouTube where a guy uses different types of steel targets to play a Christmas carol. Pretty creative huh? And good practice for speed shooting. You can also get steel targets that react to being hit, like spinning around, dropping lower, or falling down. These, combined with the sweet music of metal on metal is the equivalent to a firearms carnival.

So what are the down sides of steel? First off, the cost. Steel tends to be a lot more expensive than a pack of paper targets; however, if you add up the cost of all the packs of paper targets you buy over a lifetime, you might actually be saving money by going with steel. Steel can also be dangerous if you don’t follow safety protocols. Because it is a hard, unwavering surface, once that projectile makes contact, it’s going to deflect away. If you or someone else is standing too close, you could end up getting hit by a ricochet. And as mentioned earlier, you can’t tell your actual accuracy between there won’t be any marks on the steel target.

What Kind Of Steel Is Used For Targets?

Each company uses their own combination of elements to create their brand of steel so there will always be slight variations in the chemical makeup. Believe it or not, there’s actually over 3,000 different types currently in existence. The common thread is that they all use the same four types of steel:

The primary thing you’ll want to watch for when selecting a steel target is the BHN number, which should be over 500. Most targets start out at AR500 and go up. Anything less than this has been found to easily damage as the steel isn’t strong enough to withstand impact. To determine if the steel is acceptable, each piece has to go through the Brinell hardness test. It’s a lot more technical than this but summed up, scientists use a device to press a steel ball into the steel product. Then they measure the indention left behind and input that data into a formula I absolutely could not understand! And wa la. There’s the BHN number.

In addition to the BHN, you’re also going to want to give consideration to the thickness of the steel. The thinner the steel, the smaller your firearm needs to be.

It’s normal to be concerned about safety when dealing with firearms. Especially since common sense tells us that when a hard object collides with another hard object, the smaller object usually bounces off into another direction. We call this ricochet and it can be painful. Don’t let that spook you from steel targets however. Each manufacturer will give recommendations on safe distance, as well as weapon recommendations. If you follow these, there will be very little chance of getting injured by a ricochet, if the product is in proper working order.

Regardless of how far away you stand, it’s recommended that you wear protective eye wear. You never know when something could go wrong. With larger caliber guns, the impact might sound louder than a smaller caliber, so younger shooters might need to wear protective ear muffs as well. Prior to every use, take the time to inspect your target. Although they are expected to last a long time, there are things that can damage the steel. If this happens, it’s recommended not to continue using it, as this could lead to the target shattering apart. 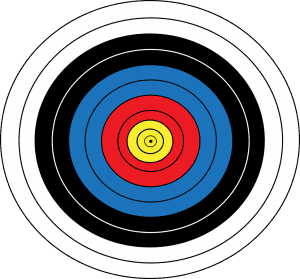 Can You Reuse Steel Targets?

Absolutely! Steel targets are made specifically to be used repeatedly and to last for years. That’s why you want to pick at least a AR500 steel. The stronger your steel, the longer it will last. This may mean a bit of extra cost but wouldn’t you consider it worth it to ensure peace of mind about your safety, as well as knowing that product is going to possibly outlive you? That’s definitely getting your money’s worth.

Since it never hurts to be prepared, even if you only want a target for pistols, go ahead and grab the one that’ll within larger calibers too. You never know when you might pick up a new hobby and need to sight in a 30-30. I’ve seen this happen plenty of times. Or maybe you decide to go with a larger caliber pistol. Remember that some medals can’t handle large calibers, even if it’s a handgun and not a rifle. Don’t be afraid to ask questions before you buy something. You want to get all the bang for your buck that you can.

Can You Reuse Paper Targets?

Paper targets can be reused to an extent. If the paper is only slightly damaged, you can use tape or stickers to cover them. However, this will only work if your shots are scattered. Once you start amassing a large grouping, the tiny holes will turn into giant craters that tape isn’t going to fix very well. Once this happens, you’ll need to wade out to your post and swap it for another one.

Also, as mentioned earlier, paper is not a fan of moisture. If you decide to leave your target posted for next time, don’t be surprised to find it not at it’s best after a thunderstorm or severe winds. I’ve had quite a few that ended up being just blank sheets because all the ink had washed away. One shot and it tore down the center because apparently, paper loses it’s strength and durability when wet. Fascinating. 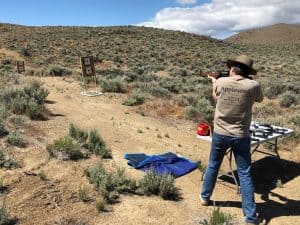 Should Beginners Shoot At Paper Targets Only?

It would depend on the shooter as to whether they should attempt to use a steel target. For a person who’s never been around guns, it would not be a good idea, as they might already get startled by the sound of the gun firing. Although it’s likely that they’ll miss the target the first time, crazier things have happened. If they’re one of the lucky ones, the sound of the contact might startle them further. If this isn’t a concern for the shooter, there is no reason not to use a steel target.