Is Fishing A Sport? 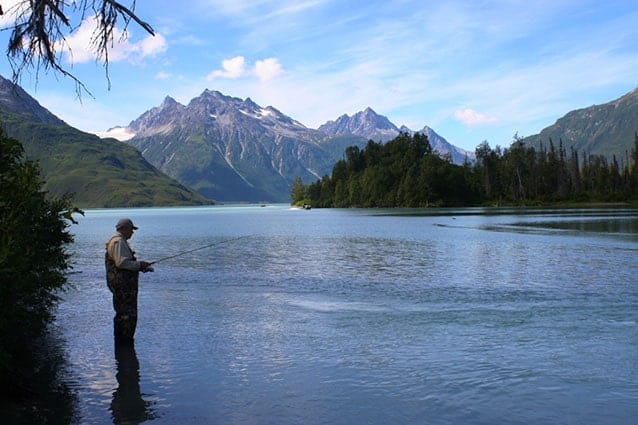 In general, fishing is considered a hobby and not a sport. But does this image reflect the reality of modern fishing? Let’s see that together.

In the minds of most people, the word “sport” refers primarily to physical activity. But in its overall conception, sport is not just that. In its broad definition, the word “sport” refers to a set of physical or mental activities. These activities can take place indoors or outdoors. To be considered a sport, an activity must be managed by one or more national federations that organize competitions between the practitioners. The activity must also highlight a particular know-how while respecting specific rules and codified by the federations. With respect to this definition, can fishing be considered a sport? The answer is yes ! The practice of fishing is an activity that takes place outdoors.

This practice is organized by three fishing federations (sea fishing, kicks fishing and fly fishing) which regularly organize competitions between clubs or associations. In addition, the practice of fishing requires special know-how to locate and catch fish. This sport is also governed by rules relating to fishing gear, the environment and the techniques authorized to catch fish. Based on the definition of the word “sport”, we realize that fishing meets all the criteria. Fishing is therefore a sport in the same way as football or the game of chess.

The necessary qualities that make fishing a sport in its own right Whether in competition or for the simple pleasure of being at the edge of the water, fishing requires to acquire or possess certain physical and mental abilities. One of the first qualities is to have a good physical condition. To catch fish, the fisherman will spare no effort. First, he has to carry his fishing gear to the water’s edge. Then, he has to walk around the water several times to make the identification and determine the best fishing areas.

Finally, it must also be enduring to withstand weather conditions or to stay at the water’s edge for several days in a row, as is the case for carp fishing . This riotous physical effort will reward the fisherman with the adrenaline of fighting with a fish at the end of the line. In addition to the physical 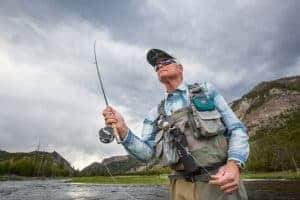 efforts, the fisherman must have mental abilities such as analysis and observation. These abilities are useful for locating fish and detecting their behavioral changes to adapt the fishing strategy.

The sport fishing is a practice of fishing recreational or competition by persons in possession of a sporting license. With the increase in the number of practitioners and competitions around the world, it tends to be considered a sport in its own right. Each fishing category has its own rules and records. There are disciplines where the goal is not to make the biggest catch, but rather the greatest number of shots in a limited time.

The practice of fishing generally requires the possession of sophisticated equipment, experience and knowledge of the place, but also a good physical condition and a certain patience. In principle, sport fishermen demonstrate a sporting spirit, respecting the adversary , as well as the fish. In the case of live fishing, baitfish are inevitably mistreated and killed, but it is more and more common, when the fishing technique allows, for the captured fish to be released. This practice is called no-kill . It is also possible that the catches are kept for weighing purposes and / or for personal and family consumption.

Fishing is most likely the most popular form of recreation. When fishing you will find people of all ages, from all walks of life. This sport can be carried out both from the shore and from the boat, in fresh or salt water. 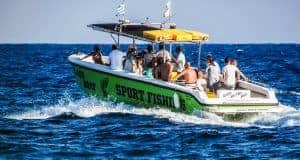 What is special, and why it fascinates us so much?

Fishing is a kind of art that you have to be drawn to. I would call fishing a sport, although some would reject such a definition. As with any other sport, you have to deal with this sport, train, analyze, engage and, last but not least, start every fishing day with enthusiasm. Non-anglers who have never experienced this adrenalin call fishing rather than a boring sport. Some do not even consider it a sport because they still have the image of a fisherman sitting bored in his chair waiting for a fish. The fishing as it was carried out / made years ago has not been around for a long time. The opinion, the prejudices persist and I think that will not change that fast.

I talked to many non-anglers and wanted to hear the opinion. The different answers have made me think. Most said – boring hobby; I would not be able to stand this for hours; I’m an active person fishing would be boring; yeah, I’d have to handle worms; I could not hurt a fish. Some were interested and asked more questions, but would never go fishing themselves.

Non-anglers who have never come in contact, of course, have the wrong picture from the angler’s point of view. What most people do not realize and do not realize is that there are both active and passive fishing methods . That is, fishing methods referred to as active are methods in which the angler actively seeks for fish. You are actively looking for habits, eating habits, times and certain 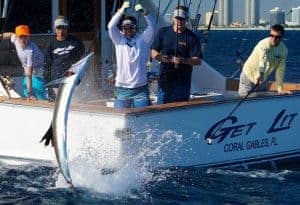 places. This requires a lot of knowledge and experience, which can be acquired over years. The spin fishing , as well as the fly fishing and some remote fishing methods are included.

For me it is first and foremost the freedom to get the freedom out of everyday life and really do what I think is right. Fishing combines many things that give me joy in life: Movement with a goal, tranquility in nature, being stress-free, experiencing surprises, spending variety, spending the last penny on the hobby, and learning new knowledge.

For us anglers it is difficult to understand the lack of fishing which makes up the hobby. One thing is said, one should show cosmopolitanism towards every hobby and try to erase the prejudices. Who knows if soon you will become one of us.

What does fishing mean to you, write a comment. Anglers and non-anglers are welcome here.

Sport fishing can be done in fresh water or at sea. It is sometimes supervised by federations that organize competitions, set laws and rules. Compliance with these regulations and the environment is paramount in the world of fishing. In France, it is represented by three federations that have an authorization of public service mission delegate issued by the Ministry of Youth and Sports, and who are members of the French National Olympic and Sports Committee (CNOSF): the Federation French fishermen at sea, the French Federation of sport fishing coup and the French Federation of fly fishermen and throwing.

Since then fishermen not only strive to improve their gear, tactics and knowledge of their prey, but they have also realized that they must protect their sport if they want it to survive. In the name of the preservation of sport, the reproduction of the Fishing in small boats, measures against the unstoppable pollution of air and water, the restriction of fishing in certain areas, the limits on daily catches and the protective legislation have been appearing. In some countries, dams have been knocked down because they have become insurmountable obstacles to the migration of species such as salmon.

Modern sport fishing can be divided into three categories:

Species that are most caught

The species most commonly caught in fresh water are trout , salmon , barbel , perch , pike and carp . The most sought – after species of salt water are the bass , the conger eel , the eel , the hake and tuna. Saltwater and freshwater fishermen often use the same basic techniques, although the size of the equipment differs.

There are two basic methods:

Both methods have many variants and it is the fisherman, based on his experience and knowledge, his sense of water, who decides which one to use on a given day. The bait boats of natural bait use a great variety of products: worms, earthworms, seeds, bread, corn , greases that mix different substances, etc. To fish for tents special baits are used in the form of small balls, the size of a marble, with a high protein content.

Analysis and observation are essential not to return empty-handed. These are qualities as essential as in the game of chess where they serve to pierce the strategy of the opponent. As a sport, fishing requires learning and mastery of more or less sophisticated fishing equipment. This aspect is common to all sports such as football.

Finally, we can say that fishing is a sport like any other. It requires physical and mental qualities similar to all sports activities.