Can You Legally Fish With A Drone 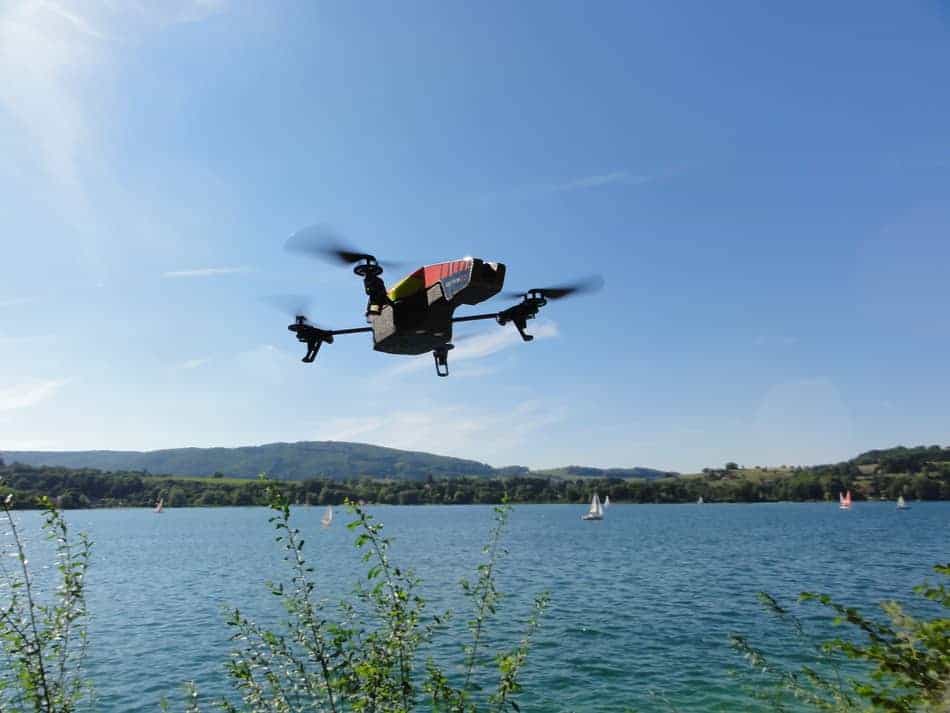 Now that drones have been out there in force for a few years now, there have been several videos surfacing with people using them to fish. These videos are lots of fun, but there have also been lots of videos around how legal it is to fly them in certain places, and what you can actually do with them, so a lot of people are wondering, is it really legal to fish with these drones?

There is a simple answer to that question, but it isn’t exactly a yes or a no. It’s more of a “it depends” because there are a lot of variables that can come into play with you, your drone, the awesome fishing hole you just found and where it happens to be. Let’s just say that if you use common sense, and do some homework, you should be able to do some amazing drone fishing. Well, until the authorities catch up with you or some angry landowner with a shotgun.

There are ways to use drones for fishing. Just imagine being able to drop a line in the middle of a lake and fish while sitting under an umbrella on shore. Or how about showing some amazing long distance casting tricks with the help of your trusty drone? There are some interesting ways in which drones and fishing can go together. However, there are as many ways in which they don’t. So, for the sake of simplicity, let’s assume you are reading this to someone who lacks common sense. Here are a few things to keep in mind before embarking on your drone fishing trip.

Watch Where You Are Flying

The real point being made here is that there are some places considered a no fly zone for a reason. It’s got nothing to do with your plans to catch The Big One, either. Private property is one of those places you should not fly your drone. National parks are also off limits in the United States. In fact, there are many other places in the US of A you can’t even take your drone for a drive to sightsee. Your best bet at this point is check with local authorities as to where you can fly. Don’t be surprised if you find yourself with limited air space. But you should find at least one body of water you can go. 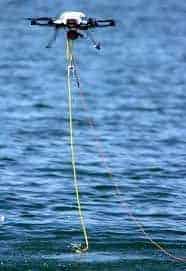 Again, this should be a no-brainer, but you should not be flying your drone over neighborhoods that happen to butt up against your otherwise unrestricted lake air space. We’re not suggesting you may find people taking shots at your drone with a shotgun or other weapon or device of mass destruction, but you can avoid pissing anyone off by leaving them alone. Besides, there are privacy issues, rights and all kinds of other issues you are not going to be able to smooth over with some freshly-caught trout, bass or other chicken of the sea. However, that does depend on the individual.

Even if you somehow manage to gain flight clearance from all potential stakeholders, one element you will never be able to get a handle on is the weather. We’re not talking bright sunshine, either. Breezes, winds, hurricane force rain and tornadoes have a way of causing even the most advanced drone to veer somewhat off course. The last thing you want is to have to climb someone’s tree to retrieve your drone and a 10-pounder attached to the end of the fishing line that is tangled in power lines and well, you get the idea. The weather can also make your drone fishing day great. It depends.

Use A Pre-Flight Checklist

Any idea why astronauts and all pilots (commercial or private) all use a pre-flight checklist? It’s to make sure they haven’t forgotten something important like, closing the hatch or fueling up. Even with your drone you do not want to have an unscheduled, avoidable incident shut down your fishing trip. Batteries that die the moment your drone reaches the exact geographic center of the largest lake you have ever seen is not going to catch you much in the way of fish. Make sure all batteries are fully charged, tweak your drone settings if you have to with your computer long before flight time and carry a lucky rabbit’s foot, just in case.

We were going to get to this part eventually. But before we start bragging about all the cool things you can do fishing with your drone, there is something you need to know. Your drone has to have some balls. In other words, you aren’t going to catch much with one of those girly pansy drones. The bigger the drone, the bigger the catching potential. Now, that being said, you can still get a great deal of use out of your not-big-enough-to-fish drone. If it has a camera and GPS, you can use it effectively to scout the lake for signs of potential fishing holes and whatever else may tip you off to a productive day of fishing the old-fashioned way with a line, boat and sack of beer. In fact, the data you will be able to collect from high above the lake can make the difference between an almost good day at the lake and a really awesome day at the lake.

Now That’s Out of The Way

We have three awesome drone fishing tips for you. We say they are awesome simply because once you start to use them and catch fish as a result you are likely to yell ‘awesome’ a time or two. So, here we go.

Use a fishing line that comes equipped with a self-turning spindle. The idea behind this is that it can turn on its own and as a result, will reduce the amount of effort you’ll have to put into keep your drone in position. In fact, with this kind of set up, you won’t need to position your drone in order to reel in your catch. It just makes things easy and we are fond of things being easy. 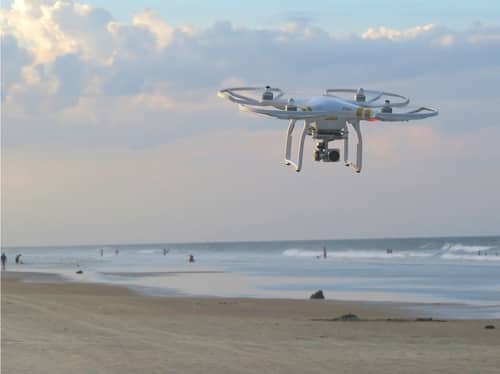 Okay, we know that the average drone owner/pilot/enthusiast is not a rocket scientist. The laws of physics and gravity may not appear to be all that important to have a firm grasp of. However, this tip will prove otherwise. Be sure to position the connection to your fishing line far below your drone rotors. That is, unless you are in the mood for sushi each time you catch something.

A servo is a tiny motor. By using one you can activate it to release your fishing line at the precise time when you get your drone into position. This is not just a safety feature, it prevents you from becoming the target of ridicule from other fishermen on the lake when they spot your drone dragging fishing line to your selected target. Plus, it looks cooler when the servo drops line.

Although we’ll turn away, you really have to be completely sure that the lake you plan to drone fish is not in a no fly zone. You also have to check local laws and bylaws to see if you can fly your drone anywhere near the lake. If you can legally use it at your fishing spot, then have a great day of fishing. If you risk getting in trouble, don’t be a knob. Follow the rules and try somewhere else.